Can you believe we’re already more than halfway through 2019? This year has already brought about some exciting news in the digital marketing landscape, and the month of June was certainly no exception. Google dominated the news cycle yet again with some big changes to their SEO and Paid Media tools for marketers and business owners alike. Facebook had another impactful month as well, and there were some big numbers thrown around for Amazon’s ad revenue.

Catch up on these stories and many more in the latest digital roundup.

Google Trends data can be integrated into Data Studio

While Google Trends is certainly a useful tool for digital marketers, there was always the nagging problem that there was no official API. Well, that’s all changing thanks to the team at the agency StrategiQ. They developed and released a new tool that allows users to pull Google Trends data directly onto Data Studio reports.

Known as the “gtrends.app,” it works off their own small API that fetches Google Trends data and returns it as JSON. It’s then made usable through a connector that brings the data into Data Studio, so marketers can more easily refer to and report on all that juicy info.

Yoast SEO’s version 11.6 update was released in mid-June and it brought some welcome upgrades to WordPress plugin. Most notably, it’s now much easier to incorporate FAQ structured data as it’s been implemented in the graph. All you have to do is pick the FAQ block, insert the Q&A copy, and add an image (if you’d like). It’s that simple, and it automatically adds the Schema markup.

The update also included user experience improvements for the Yoast SEO interface. For example, it’s a lot easier to find and use the “focus keyword” tool, and the SEO and readability score are now linked in the Classic Editor.

In their blog post on the update, Yoast SEO says we can expect more changes in the near future, so be on the lookout for those. For now, make sure you’re updated to version 11.6!

Google launched a handful of new Google My Business features that aim to help businesses further establish their identities in the online space. Fittingly, some of those features are in the cosmetic realm, as business owners can now have their logo appear prominently in their profile. They can also upload and choose their profile cover photo while including new photos on a dynamic module on the GMB profile.

Business owners can customize their URLs now too to make it easier for potential customers to locate them through Google. And to turn those potential customers into repeat ones, Google added the ability for GMB users to add welcome offers that appear when people “follow” the business.

If you want to know more about these GMB updates, head over to Google’s blog.

The Internet Archive’s Wayback Machine has a new feature that could make it an even more useful tool for digital marketers, and SEOs in particular. While it’s currently in beta and therefore not working perfectly at the time of writing, this feature highlights content changes to a URL over a period of time. 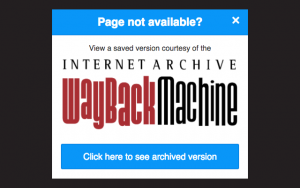 Previously, you’d have to manually click through the Wayback interface to hope that you could find the change that may have impacted the URL or site as a whole. But if this new feature is fine-tuned and properly rolled out, there’s a lot of potential here for tracking and diagnosing website issues. 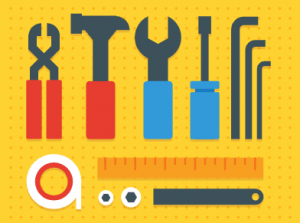 Two new features were added to Google Search Console’s testing tools that should make the whole debugging process a bit easier. Users can now search within the markup and also copy and tweak the code, which should make the process of testing and getting the markup right a lot quicker.

The GSC testing tools include the rich results test, URL Inspection tool and AMP test, all of which should be a bit more streamlined with these features. This is all according to the Google Webmasters Twitter account, and some users noted that there are more key features, such as resizing the window, that could be added to further improve the testing tools. We’ll see if Google pay attention to those and make more updates in the coming months.

There are two new formats coming to Display & Video 360 that aim to further improve and diversify the user experience with a company’s advertisements. First, there’s the more futuristic angle with Swirl, which allows brands to create ads in the form of 3D models that users can interact with. This is all done through Google Web Designer, where teams can build and integrate the models into their campaigns.

For the second new format, Google have introduced a live stream ad that’s exactly what it sounds like. Once this format is out of a limited beta, brands will be able to publish their YouTube live stream videos as display ads. Users will then be able to interact with those ads just like they would with a typical YouTube video.

You can learn more about how these ads work at the Google Marketing Platform blog.

Amazon’s advertising revenue is predicted to hit $40 billion by 2023, a total that represents an incredible 470 percent increase from their 2018 earnings. That’s the word according to a study by Juniper Research, who estimate that the ecommerce giant will “leverage its retail data and heavy investment in machine learning to offer efficient targeting.”

Amazon is clearly expected to play a big part in what Juniper predicts will be continued growth for digital advertising spend. They estimate that overall spend will reach $520 billion by 2023, which represents an annual 15 percent growth over the coming years. The study credits “AI-based programmatic advertising” as the major driver for these numbers.

You can read the full results of the study at Juniper Research.

After using their own ranking signals to provide a better news feed experience for users, Facebook are doing the same with comments. According to the social media giant, they used four different types of signals to determine the type of comments that users would want to see on posts in their news feed.

Some of those signals are based on user feedback, such as how other users have interacted with existing comments in addition to actual feedback via users surveys. They also look into whether the original poster or page is utilising “ranking” controls and whether the comments are authentic or not.

Essentially, this should make Facebook post comments more “meaningful” and provide an improved experience, which may also impact which and how the posts appear in news feeds in the first place. Read more about these changes at the Facebook Newsroom.

If you’ve been keeping an eye on Instagram’s latest moves, you’ve no doubt noticed how much they’re working on integrating seamless shopping into the app. Basically, the Facebook-owned platform wants to make it as easy as possible for users to purchase the goods they’re checking out on the app. They refer to it as the newest form of window shopping, wherein users view posts from influencers or brands and then instantly buy it all within Instagram.

There’s no word yet on when these features will be widely available, but the platform has been testing them over the past few months. And it’s all part of an initiative to continue to build on their advertising revenue, which they estimate will reach $15.8 million in 2019.

That’s all according to the head of Instagram, Adam Mosseri, who spoke about Instagram’s plans for the future with The Financial Times.

Last but not least we have LinkedIn’s big news, which is that the site’s look is about to change in a major way. The company revealed plans last month to overhaul their branding to provide a more welcoming aesthetic. It’s part of their move toward hosting a platform that they feel is as inviting and warm as the company’s internal values. In their words, “Our illustration, typography, and colours convey our brand’s warmth, humanity, and community.”

It’s not quite clear when these changes will be seen on the actual site, but you can get a feel for them at LinkedIn's Brand subdomain. Also, check out the new logo, which is now only one colour so that it’s “simpler, more modern, and helps our name to read as one word.”