The May Digital Roundup

Insights >Insights >The May Digital Roundup
<Back to Insights

While GDPR was at the forefront of this month’s news (and our inboxes!), the rest of the marketing realm seemed to focus on adding a bit of simplicity into the works by rolling out updates that make the lives of us digital marketers just that little bit easier (phew!).

It’s no surprise that Google and Facebook yet again dominated the headlines, leading the way with these life-saving releases. From Google’s updates to its Image Search Guidelines and site tools to Instagram’s latest feature making it easier for brands and users to poll their followers, get everything you need from those stories and others in the latest edition of our Digital Roundup.

As any digital marketer will tell you, providing a strong user experience is crucial for any website. After all, what’s the point of having everything else up to snuff if someone dislikes actually using your site? Well, Google is out to help improve at least one aspect of UX with newly updated Image Publishing Guidelines that make it clear what you should—and shouldn’t—do when uploading that next image.

Essentially, the guidelines now make it very clear that context is key. Make sure your images are appearing on relevant pages and near relevant text, so that everything, you know, actually makes sense on your site. Additionally, Google recommends that you use logical URL structure for each image so it can better understand the file itself.

There are other bits of information worth checking up on (like implementing structured data) if you want to improve your site’s UX game when it comes to images, so be sure to review those Image Publishing Guidelines if you haven’t in a while.

Google rolled out updates for two of its tools—mobile-friendly test and rich results test—to make life a bit easier for developers working in Javascript. Basically, both of these tools now support sites built in JS, Ajax and similar frameworks, which means they can be better tested and debugged than before.

With the mobile test, you’re able to see if users on phones and tablets can properly access your site or not while providing you with error messages to work through if something’s off. The rich results test is useful for webmasters taking advantage of structured data, because you can see if your site is landing in the carousel, images or other relevant area of the SERP.

If you’re working in JS and want to try out the tools to see if your site’s properly optimised, check out the mobile-friendly test and rich results test for yourself.

During a Webmaster Hangout this past month, Google’s John Mueller made a rather interesting revelation when one webmaster asked why a new piece of content’s rankings were seemingly all over the map. After hitting number 12 on the SERPs for a particular long-tail phrase, the page then disappeared completely, prompting him to ask Mueller what was up.

As it turns out, this type of “extreme” ranking volatility is totally normal, according to Mueller, He explained that when the crawler finds a new piece of content, whether it’s on a new or existing page, it can take one to two weeks (no specific time period was given here) for Google to figure out where it should appear in the SERPs.

In other words, if you just published a page and it’s experiencing some immediate volatility, there’s no cause for alarm. At least, that’s the word according to Mueller.

Facebook is rolling out updates to its Ads Reporting platform with the goal of making it easier for digital marketers to customise reports and view how certain creative elements performed. There’s no specific date for when these changes will occur, but Facebook says it should happen “over the next month,” which makes mid-June seem likely.

In any case, these improvements include the ability to drag-and-drop metrics to make customising reports a simpler and more streamlined process. Additionally, Facebook hopes you’ll be able to better analyse specific metrics like age, gender and placement, while also seeing which “creative” aspects of an ad are performing the best. 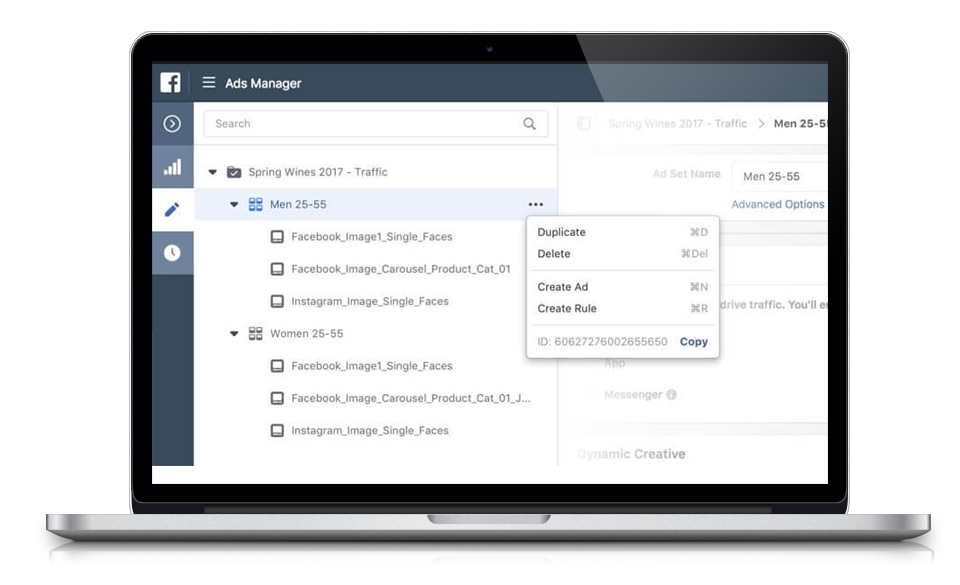 With “creative reporting,” advertisers will see how specific elements—headline, text, CTA, etc.—are performing, which is particularly useful when running the same element(s) across different ads (you can cross-reference what’s working or not).

You can learn more about and prep yourself for these changes at Facebook.

Polling your Instagram audience has never been easier, or more emoji-ful. With this latest update, users are now able to place an “emoji slider” sticker within their Stories content that serves as a different way of finding out how their followers feel about, well, anything. It’s kind of like the poll sticker that was rolled out in late 2017, but with way more emojis.

All you have to do is select the sticker (it’s a slider featuring the heart-eyes emoji), type up a question and place it within the photo or video. It’ll be interesting to see not just how users take advantage of this feature, but how it can be utilised by digital marketers as well (and if it’ll be a success for the platform).

By combining emojis with polling, Instagram says this can “add a layer of emotional context that helps those answering understand your tone and answer accordingly.” In other words, it can serve as another way of better connecting with your audience (if, of course, they’re regular IG users).

Snapchat gets cold-feet over redesign

Anyone familiar with Snapchat, be it the actual company or the app itself, knows that their redesign earlier this year was a mess. They’re looking to make things better, though, as a means of recouping the users and ad revenue they lost because of the changes. And while the company’s CEO says iOS user behavior is getting back to normal (Android apparently isn’t there yet), critics still aren’t impressed with the re-redesign work being done. 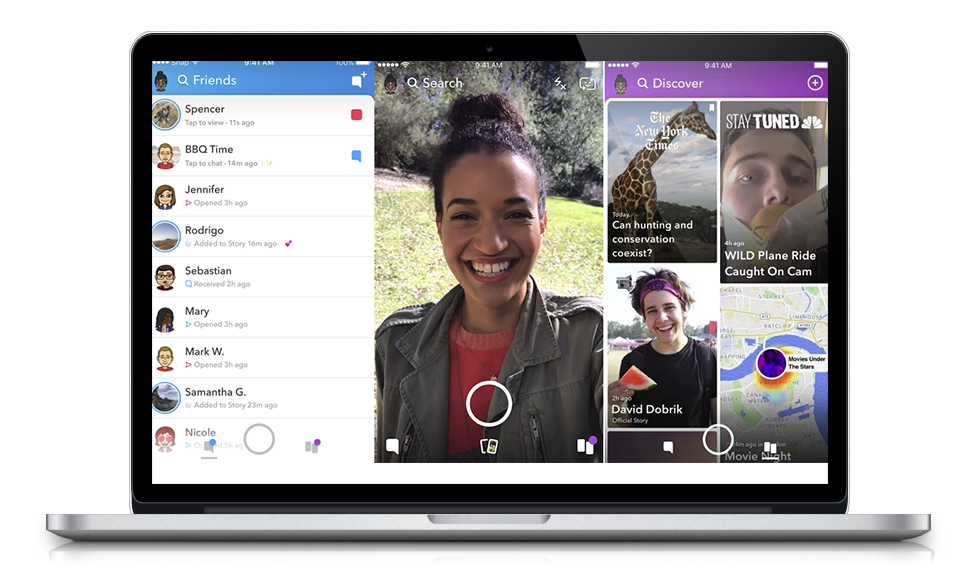 Primarily, there are those who aren’t sure why Snapchat would continue putting Friend and branded content on the same tab. In the latest revamp, you can see your Friends “Stories” in the Discover tab, and they’re now sitting above the brands and curated content. As a result, everything is just jumbled together with no separation.

Will there be even more changes to the Snapchat redesign coming soon? We’ll just have to wait and see.

Anyone not yet using the new Google AdWords interface may want to at least start getting familiar with it soon. While a final date has not yet been released, the search giant will discontinue the old interface before the end of the year. Some speculate that it could be gone by the end of this October, though we’ll all surely get a proper heads-up from Google ahead of time.

The company is working to make improvements to the new interface, which was made available to marketers in October of last year. Since then, they have added new features while allowing users to switch back and forth between the previous and latest interfaces. Google is pushing AdWords users to make the jump to the new version, assuring everyone that “all the features you rely on to run your business are available in the new experience.”

You can learn more about the changes, and see some resources for making the switch to the new interface, at Google’s blog.

In light of the Royal Wedding, here are the best (and worst) ad campaigns we saw this month

In case you were living under a rock, the Royal Wedding (of Prince Harry and Meghan Markle) was held this month. And as is now commonplace with any major event these days, plenty of brands decided to get in on the action with some rather, erm, interesting tie-ins.

We won’t necessarily say which were surefire successes and which were outright fails—we’ll leave that for you to decide—but they were predominantly food-based and quite cheeky. Almost literally, in one case, because Wayfair released a parody wedding gifts video that included, yes, a golden toilet. Let’s not forget KFC’s fittingly absurd “Kentucky Fine China” royal bucket, Velveeta’s limited-edition “crown and cheese” offering, and Tyrell’s glittering crisps.

Jokes aside, that royal bucket could actually be rather handy…

The robots aren’t taking over yet (emphasis on yet), but they are getting ready to make human-like phone calls. At least, that’s the case with Google’s latest AI project, an appointment-making service called Duplex, that caused some controversy when the company first unveiled it at its I/O conference this past month.

Here's an example of Duplex making a hair appointment at a salon (recording below is property of Google ):

Apparently the natural language processing has become so advanced that Duplex started incorporating human-ish fillers like “um” into its speech, making it so convincing that it tricked an actual person. The tech community’s outcry and debate over the ethics of the program not identifying itself as a robot caused Google to respond and assure everyone that a disclosure is built into Duplex.