Insights >Insights >The March Digital Roundup
<Back to Insights

Google once again owned the headlines in the digital marketing world this past March. Nearly all of the biggest movements came from the search giant, which made notable updates to its platforms, confirmed an algorithm update and, oh yeah, finally began a roll out that’s been hyped for years. What does it all mean and where will we end up? You’ll have to keep reading to find out.

It’s finally happening, people: Google announced late last month that its mobile-first index is officially rolling out. This news comes following a year and a half of speculation regarding when it would actually happen and, well, it’s arrived. And it couldn’t be a better time to remind people exactly what this all means (which is to say, not that much!).

First and foremost, Google makes it very clear that this indexing will have no impact on ranking and is done completely separate from how it assesses mobile sites. To that end, the search giant did reiterate that sites that are more mobile-friendly and load faster will perform better in the SERPs (the latter factor also applying to desktop search, of course).

What will the mobile-first index truly bring us? As we said in our 2018 predictions article, we’re expecting a bit of an anti-climax here.

With Google’s new Search Console launching in February, it was only a matter of time before some updates began rolling out. And sure enough, there were four changes made to the platform in mid-March to provide a more user-friendly interface and reporting section, particularly on a visual level.

The updates are solid quality-of-life improvements that provide the following: annotation cards that explain any reported site issues, difference columns that display how data has changed over a time period you choose, redesigned filter/compare options that also now come pre-populated, and upgrades to the date picker and comparison view capabilities.

Are you enjoying the changes? Or maybe you’re looking for more updates to take place? Either way, you can let Google know how you’re feeling (about Search Console only, please) by using the “Send Feedback” button. Keep it clean.

Did you notice any movement in your site’s rankings on Google this past month? Turns out there’s a good reason for that, as the company’s search liaison, Danny Sullivan, confirmed that there was a “broad core algorithm update” in early March. In fact, he said that the company rolls out these updates routinely throughout the year as a way to “[benefit] pages that were previously under-rewarded.”

But what if your page wasn’t rewarded as a result? Turns out there’s not much that can be done there beyond what you may already be doing. Sullivan noted that “there’s no ‘fix’ for pages” no longer performing as strongly as they once did.

His recommendation for (re)gaining ground in the SERPs is simple: webmasters should continue focusing on building superb content that may “rise relative to other pages” over time.

We caught a rather important change within Google Analytics in mid-March, because the platform now allows users to track the impact of Google Jobs on site traffic. This is a marked improvement for anyone in the recruitment sector who was eager to see how Google Jobs affected their site. 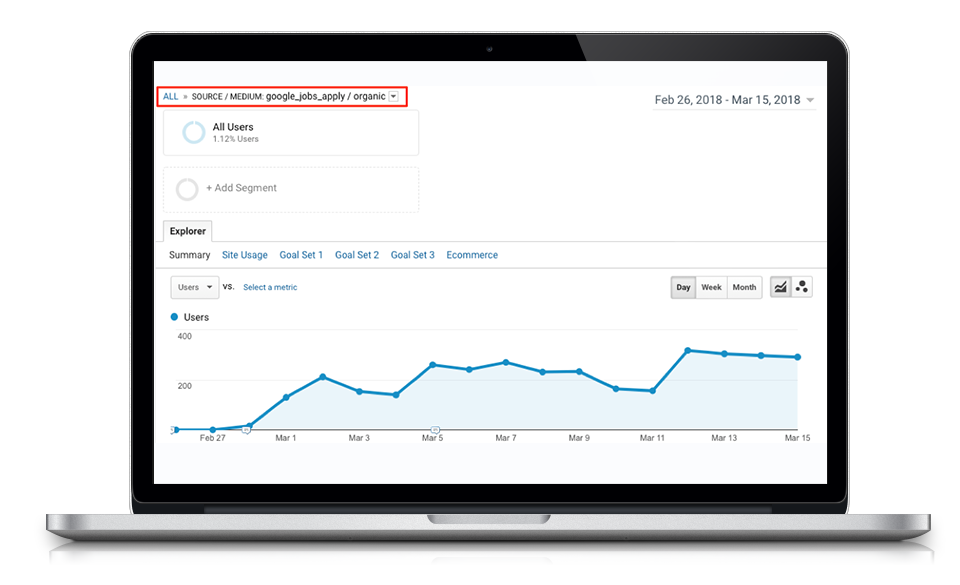 Previously, you could only refer to sampled data in Search Console as a data point, but now you’re able to see a proper assessment of the impact by following the appropriate utm parameters. It’ll be nothing short of interesting to see exactly what this means for all types of recruiters, from in-house HR to companies like Monster, and how their site traffic is being impacted by Google Jobs.

If you want to learn more about this, be sure to read our article and also check out our guide to Google Job Search SEO.

If you’re using YouTube as your primary music streaming platform and you’re not paying for its premium service, chances are you’re about to get frustrated. Why? Because you’re going to be served more advertisements between those songs you have lined up in your playlist.

This is all according to Lyor Cohen, the media company’s global head of music, who at this year’s SXSW announced that YouTube is working harder than ever to get people to actually pay for music. And their first step is targeting users who can be “frustrated” by the ads and therefore “seduced” into buying a YouTube Music subscription (currently only offered to their US users).

Essentially, YouTube is upselling their music streaming service to users who they believe can probably afford it. But will this method work? Stay tuned.

LinkedIn video now helps you stand out with filters and text

It just got a bit easier to add some flair, creativity and context to videos on LinkedIn following the company’s addition of two new features this past month. In a 20 March blog post, a member of LinkedIn’s Product Management team revealed the features that allow users to add filters and text to videos.

These additions basically provide for more visual context, as users can overlay a filter like “On The Air” to let other users know they’re live-streaming some footage, for instance. You can then add some text to make it clear why you’re live-streaming, which means less clutter in your latest post.

This is apparently just the beginning of these features for LinkedIn Video, so keep an eye out for updates and improvements in the coming months.

Facebook is working to make it even easier for travel companies to reach potential customers with a newly rolled-out feature called “trip consideration.” The social media giant found that many users are already using its platforms (FB and Instagram) to discover and learn about their next travel destination, particularly millennials.

By utilising this feature, Facebook advertisers can better target users who may have shown an interest in a destination by visiting related Facebook pages, but they haven’t actually committed and purchased a flight or accommodations. Trip consideration then allows you to specifically target those users by providing, say, an enticing travel deal or promotion

Facebook also plans to expands its “trip consideration” feature later this year, so keep an eye out for that.

Google makes push to turn product searches into cash with 'Where can I buy this?'

Google is looking to gain more ground in the arena of product-based searches after finding that “mobile searches asking where to buy products soared by 85 percent,” according to Daniel Alegre, the company’s president for retail and shopping. In an exclusive interview with Reuters, he revealed that Google is launching a new service that better and more quickly fulfills those mobile searches, all without channeling money to a competitor like Amazon.

Instead, a company like Target or Home Depot can potentially capture that query with a relevant listing that “will appear under sponsored shopping results and will not affect regular search results on Google.” The caveat? Google will get a cut of the final sale, and it’s a different cut than a retailer may already be paying for ads elsewhere on the SERPs.

We expect more movement in this field in the coming year, especially as it relates to ecommerce and voice.

Wouldn't it be incredible to have a platform to ask those digital marketing questions that keep you up at night? Well, now you do! We're excited to announce the launch of #AskAyima, the space that opens up the digital marketing conversation so you can directly ask us questions on all things digital and receive the answers you truly need to improve or advance your marketing efforts in 2018. 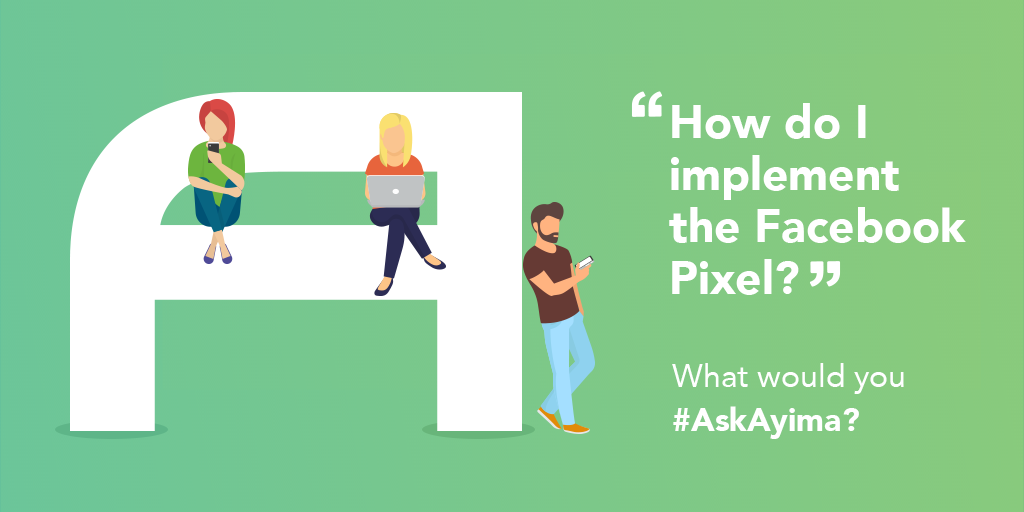 After running a series of social competitions in autumn 2017 to understand what it is our audience would ask Google about digital marketing, we're taking this one step further than an answer via Twitter and providing those answers in the form of in-depth articles, videos and (very soon!) training courses.

So, what would you #AskAyima? Send us your questions via the box below!