Facebook Canvas: The Bridge Between Branding and Direct Response

Insights >Paid Media >Facebook Canvas: The Bridge Between Branding and Direct Response
<Back to Paid Media

It’s been well documented that mobile has surpassed desktop in terms of website visits, a trend which certainly applies to Facebook, where over 57% of the now 2-billion-strong user base are on mobile. Prior to Facebook’s IPO in May 2012, the picture was quite different - the company hadn’t delivered a single ad to a mobile device. Speaking in the same year, Facebook CEO Mark Zuckerberg had ambitions of moving away from desktop to become “a mobile first company” in a bid to stave off competition. To do this, they turned almost all of their attention towards producing an app that allowed its users to browse, share and access content without having to open multiple apps. 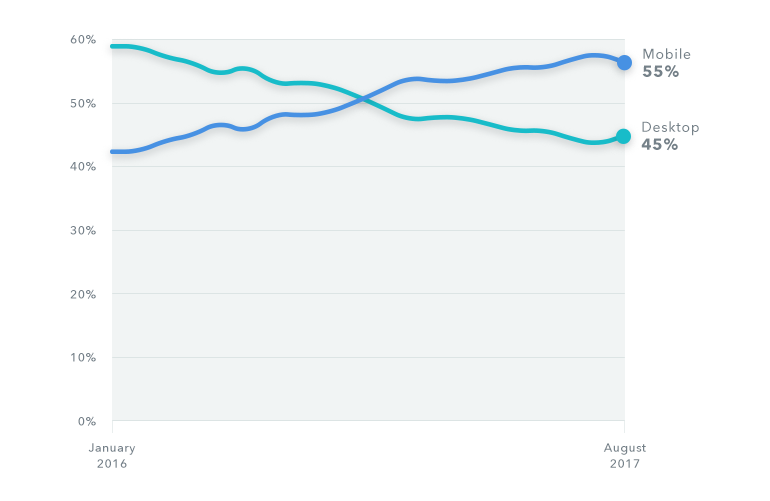 The change in tack has since paid off with over 85% of their revenue now coming from mobile. In order to capitalise on this, the company had to develop the platform in a way that didn’t disrupt the user’s News Feed or in-app experience. Whilst video and static link posts were the early answers to this, Facebook wanted to up the ante by creating ad formats that enhanced the user experience rather than detract from it. Staying in line with this philosophy, “video completion rates” was incorporated into their organic News Feed algorithm; the knock-on effect being a shift towards video for advertisers striving for more natural-looking adverts. The focus on native ad placements was evident with link posts and Facebook has never strayed too far from that formula.

The first deviation from traditional link post ads came in 2015 when Facebook introduced Carousel. Carousel greatly improved Facebook’s advertising offering by allowing advertisers the ability to showcase more products and combine static and video elements. Although engagement and CTRs have increased with the ad format, it still has its limitations. The limited space within each carousel card continues to challenge marketers looking to create campaigns that resonate on a branding front. Facebook designed Canvas specifically to address this issue and in doing so have given brands the ability to create more vivid and exciting stories. 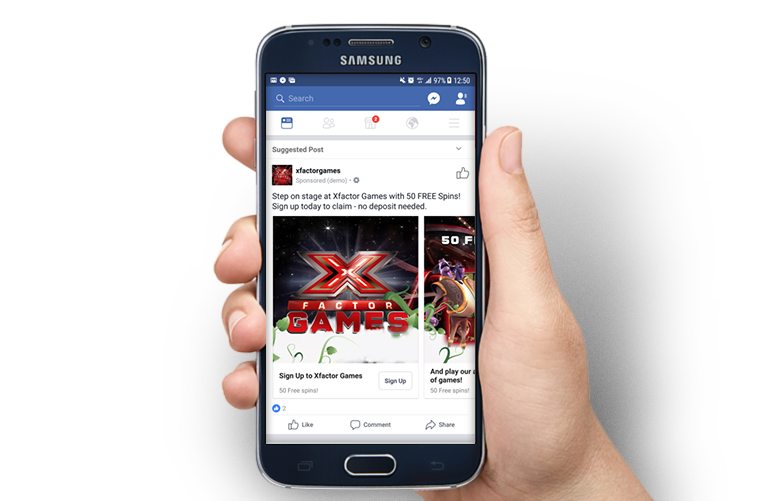 Canvas ads are immersive, mobile-optimised experiences with components made up of traditional ad formats as well as extras like vertical image/video, tilt-to-pan and tap-to-zoom creatives. The thumbnail’s appearance is not too dissimilar to normal paid or organic posts. However, with a single click the user is transported, almost instantly, to a full-screen digital space in which they’re able to explore and engage with creative in different ways.

The “microsite” is highly customisable and keeps the user within the Facebook app, eliminating the need to open a separate browser or app. This unique feature, coupled with the enhanced loading speed (up to 10 times faster than standard mobile web) means it is ideal for showcasing products and services in a highly branded space. By keeping users within the Facebook app, drop-off rates are lowered and users are closer to the point of conversion. Another great feature is that components can link to specific web-pages or even other Canvases, opening up a huge range of possibilities for the creatively inclined.

The social media giant revealed that early Canvas trials achieved higher CTRs, improved ad-recall and had higher user engagement. In some cases, brands saw a 42% uplift in clicks while some of the best performing Canvases kept people engaged for over 70 seconds. Being cynical, it could be argued that such success is only possible for the biggest brands given that Coca Cola, Burberry and Wendy’s were among those involved in the testing. However, in a world where advertisers have just 8 seconds to capture a user’s imagination, being able to do so in a high-quality, branded space is an opportunity not to be missed.

At Ayima, we’ve tested the ad format and the results were extremely positive. Compared to other formats, the CTR for Canvas was 18% higher, CPC decreased by 26% and on average users spent 27 seconds within the Canvas. As per Facebook’s research, not only was there an improvement in engagement but there was also a 14% reduction in CPA, highlighting its effectiveness as a direct response tool.

Building on from the initial success of Canvas, we tested the effect of reordering the components. This simple change lowered CPA by a further 10% and increased the average time spent in the Canvas by 4 seconds. The results emphasise the scope for testing within the format and the potential it has if executed correctly.

Despite achieving strong performance metrics across multiple industries, it's still a relatively unused resource by advertisers and this could play a role in helping performance. By being underused, the ad format plays on the user’s inquisitive nature, driving higher CTRs and more time-engaged.

To help you maximise Canvas performance within your paid media efforts, we’ve come up with the following top tips:

Simply throwing together different components may have some initial success, but it won’t be appealing from a user experience point of view. Create a Canvas in which each component flows to the next. Tell a story whilst pointing the user towards an overall objective, such as buying a product or becoming familiar with the brand.

By using different ad formats, the user is more likely to stay engaged and continue to explore the Canvas versus an experience that may become repetitive. This can be combated if there is an overarching story, such as videos that entice the user to scroll through.

#3: Use Video/Cinemagraph thumbnails to catch people’s attention in the News Feed

One of the biggest challenges to overcome is getting users to click on the thumbnail of the Canvas. Whilst videos are the most eye-catching, they can also be quite costly to produce. A more cost-effective option is using simple cinemagraphs in which a small part of the image moves—or just add a simple animation.

#4: Use cues and prompts

Adding in arrows and short instructions helps lead the user through the Canvas and is likely to increase the time-engaged. As Canvases are still relatively new, providing prompts will encourage users to tilt, scroll and click through more of your Canvas.

#5: Try to ensure only high-quality creative is used

The majority of Canvases use rich components, but occasionally you’ll come across a Canvas that is pixelated. Whilst it can be costly to produce high-resolution creative, it will make a world of difference to the user. It will lend more credibility to both the products on show and the brand itself.

This is particularly pertinent if you’re running a DR (direct response) campaign. Clearly outlining the action you want the user to take is important especially within a Canvas where there are a lot of potential distractions for the user.

This is a vital step in ensuring your media spend is utilised efficiently. If you haven’t explored Canvas previously, keep experimenting to determine which components and structure drive the most engagement with your target market. Testing should also take place around those who are receiving the ads. Your audience is likely to be made up of different demographics and, as a result, the way those users interact and consume content is also likely to be different.

Interested in exploring  what Canvas can do for your digital marketing strategy? Get in touch to find out more about our paid social service and see how we can help to grow your brand and drive acquisition across a whole range of industries.