Insights >Insights >Ayima Insights: The Rise of Ayima Canada
<Back to Insights

It feels like it was just yesterday that we opened the doors to our Canadian office, but it’s now been nearly four years since Ayima Canada was born and we started offering SEO services in Vancouver.

In that time, we’ve been part of the rise of what is now one of Canada’s biggest tech hubs, with neighbours like Hootsuite, Facebook, Microsoft, Amazon, Slack, EA and, most recently, Apple. And with the growth of the city, we’ve also grown into a full-service agency adding Analytics, CRO and PPC to our service offering alongside SEO.

But how did Ayima get here? To celebrate what Ayima Canada has become today, in 2019, we’re taking a look back at our journey with Senior Vice President Mark Tempest.

Ayima began offering SEO services in Vancouver in 2015. Back then, we operated out of a small one-room office in the popular Gastown area of the city. 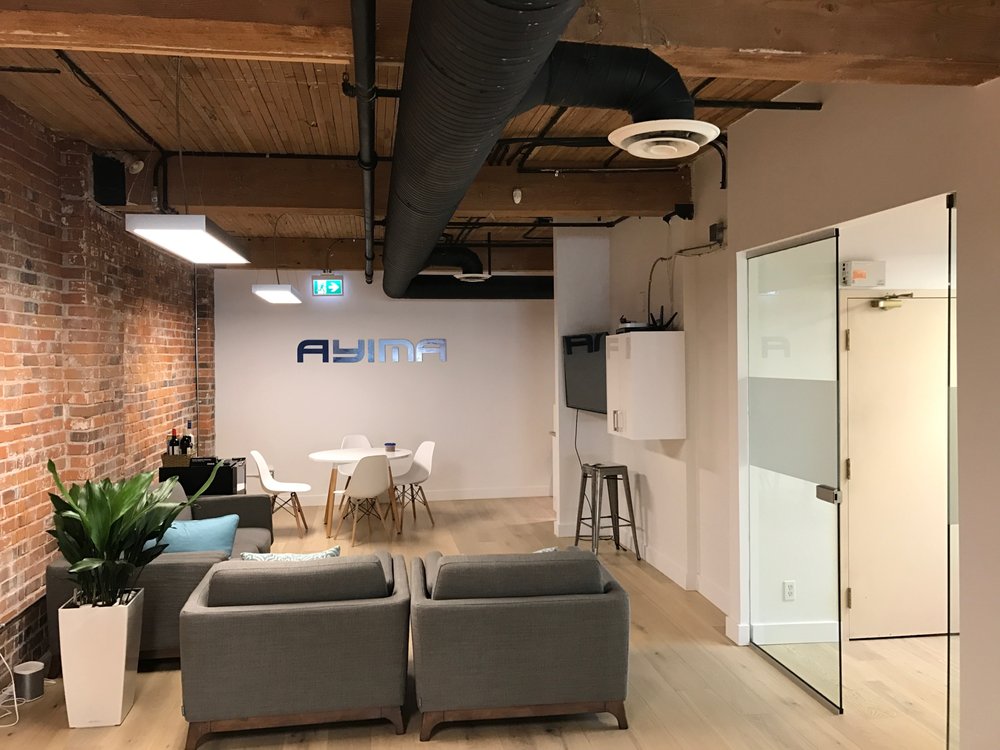 In the first year, the office was composed of three SEO experts working across a rapidly growing list of high-profile North American clients, including Fullbeauty Brands, Verizon and FXCM.

It was an exciting time in Vancouver and Canada as a whole because of the increase in major brands opening offices throughout the country. Also, within the first 6 months, the office had transformed into a full-house of staff.

Looking back on the early days of Ayima Canada, Mark Tempest says, ”Starting Ayima’s Canadian office was both a challenge and an exciting opportunity for me and the company. In the beginning it was just myself and a few others, but when we realised the true demand for SEO within the area and the major brands moving to the area, we quickly had to scale both our staff and our office size upwards.

“While it has been four years since we opened those Gastown office doors, it’s safe to say that we are still only just tapping into the massive opportunities within Vancouver, Toronto and nearby tech hub, Seattle.”

Rolling the momentum of 2015 into 2016, we took both our office and our service offering to the next level by focusing on continuing the growth experienced in those initial 12 months.

First up was the move to our newly renovated offices in the Vancouver’s highly sought-after Yaletown area where we’re still based today. Known for its picturesque streets, trendy breweries and stylish Victorian buildings, this move came with quite a few perks (and even more celebrity sightings!) for our staff and visiting clients.

Once we were all settled and ready to roll in the new office, we pushed our momentum even further. In mid-2016 we hired our first in-house Data Analyst, Alex Galea, which helped us kick things up a notch for our clients. By adding Alex and the analytics service to our remit, we solidified Ayima's reputation as a data-driven SEO agency.

Alex, now Senior Data Analyst for Ayima Canada, has been crucial to the growth of Ayima’s leading client base, specialising in using Python scripting to provide data manipulation for our clients across the board.

According to Alex, “Coming in to start analytics in Canada was an exciting advancement for my career and for Ayima’s clients. In the beginning it was automating workflows for the SEO experts in the office, administrating Google Tag Manager and setting up data pipelines with SQL,all of which quickly helped add data into our internal and external projects which are still the core of everything we do today. ”

2017 picked up where 2016 left off with even more expansion. We settled comfortably into our Yaletown office, still rapidly building our North American client base and Analytics was front-and-centre, driving our growth strategy even further.

So what came next?

One major client even saw an incredible 133% uplift in conversions — and an 8.3% increase in mobile conversions alone — within the first year of this new offering. This was all accomplished through website testing, user research and behaviour analysis, analytics review and conversion funnel implementation. 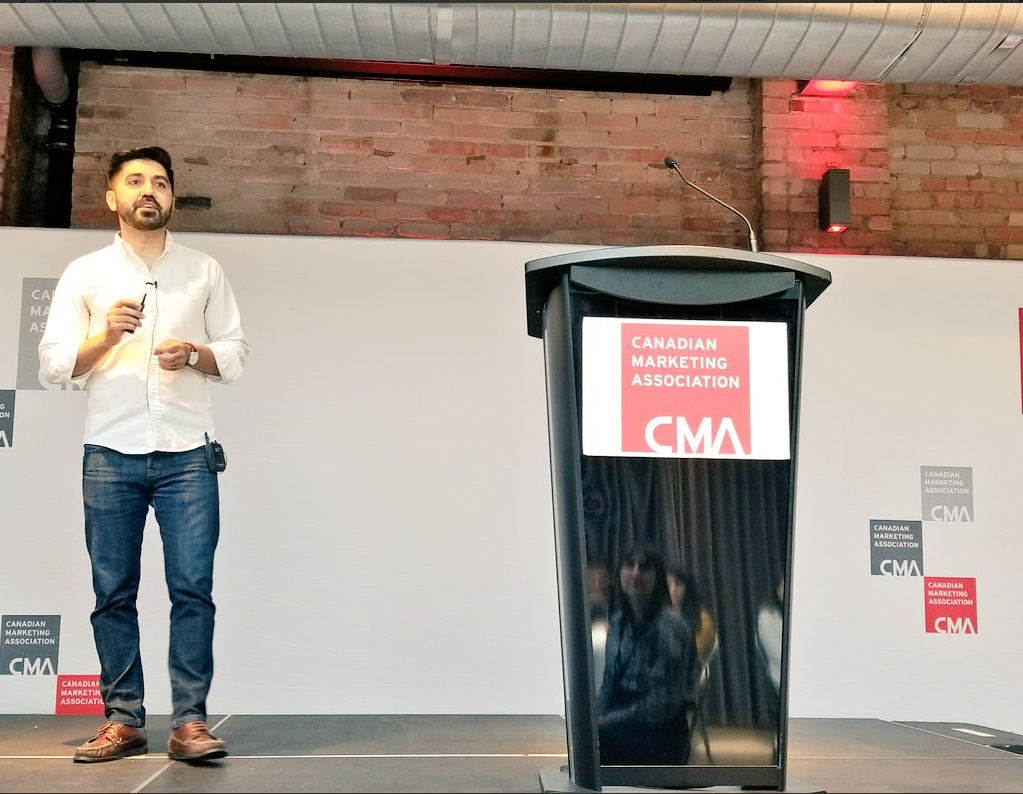 According to Mark Tempest, “Bringing in CRO has been complementary to a lot of our Vancouver clients that are ecommerce retailers. It certainly has improved the level of conversion expertise we can bring into our SEO recommendations.”

Not long after launching the CRO service, Ayima entered into a partnership with the Canadian Marketing Association (CMA) to promote Ayima and its services (particularly SEO and CRO) throughout all of Canada while also increasing engagement with the association’s key members. 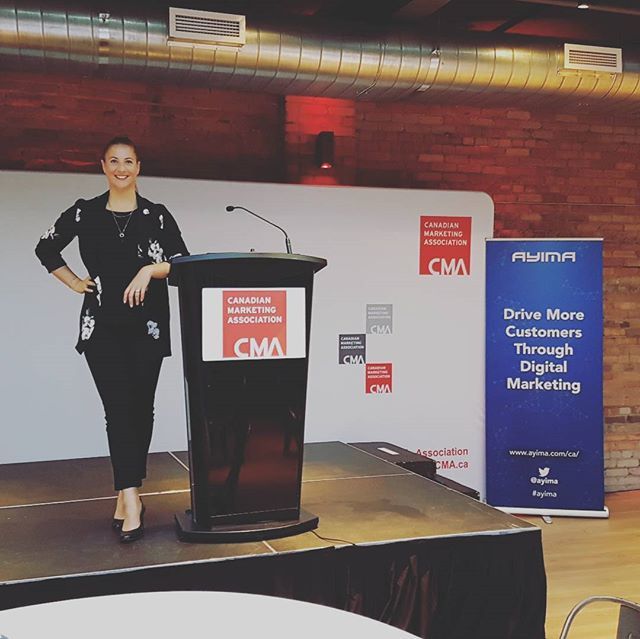 The partnership began with Kamil Kholousi and SEO Director Karen Bone traveling to Toronto to host Ayima’s first exclusive Executive Breakfast event in August 2017. In only the second year of Ayima Canada, this was an incredible driver for growth within the market and quickly pushed the agency’s brand reach even further with target clients.

By 2018, Ayima Canada was fully off the ground - literally! The team was flying across the country to Toronto quite often to continue driving brand awareness through partnered activity with the CMA. 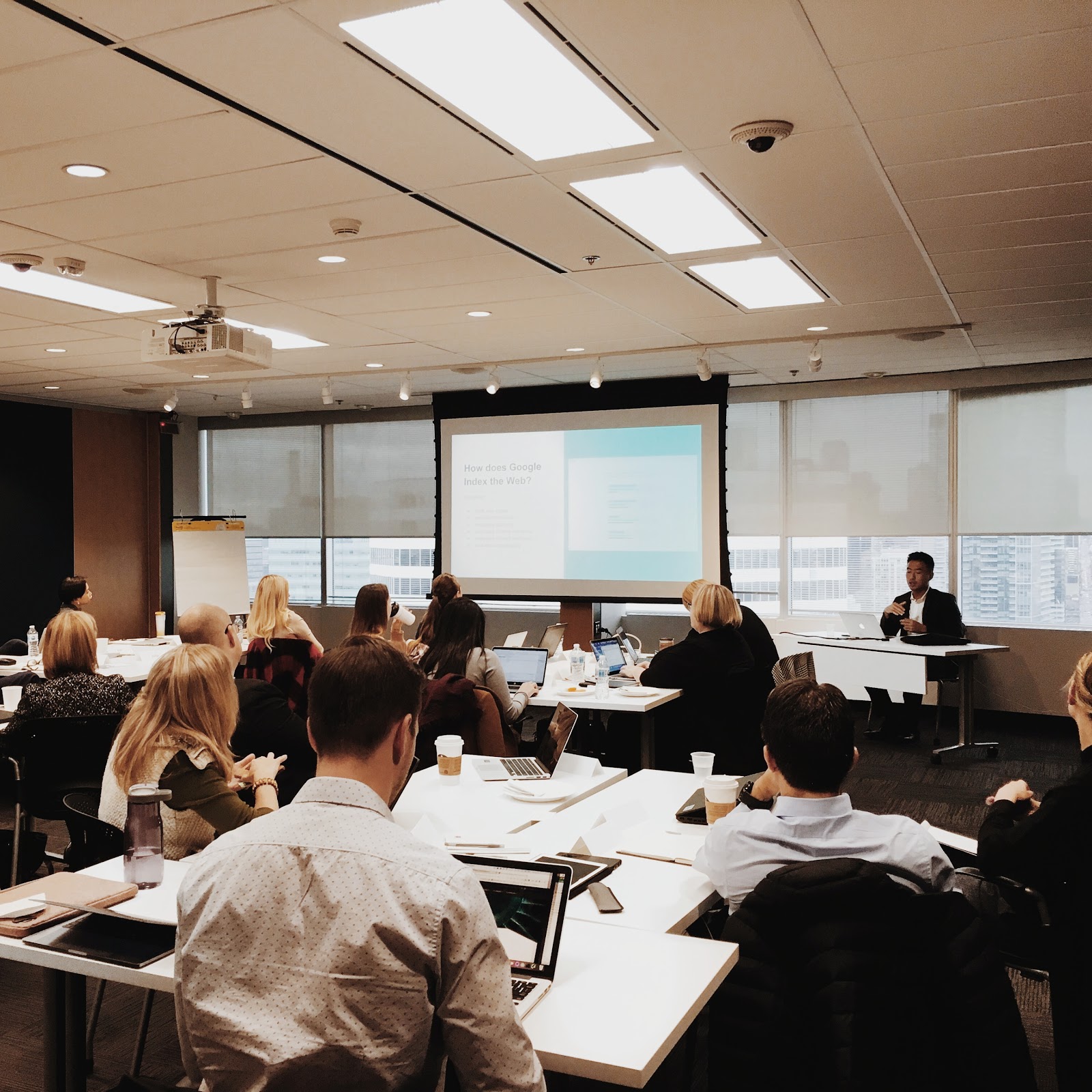 Through Executive Events, training sessions and in-depth content, the demand for technical SEO and CRO know-how was high enough that in January 2018 Ayima Canada were named the official and exclusive SEO partner for the CMA. It was an exciting achievement in only the agency’s third year, and local marketing activity quickly ramped up.

While marketing and promotions were taking off in Toronto, they were also continuing to grow in the local Vancouver area with the launch of Ayima Canada’s first owned event, VancouverDigital. The company’s mission with this exclusive, invite-only event was to create a relaxed environment where Vancouver’s top digital marketers could connect with others in their field.

The first event launched in January 2017 with 100 registered in-house marketers from the area’s leading companies in retail, ecommerce, Fintech, Tech and travel.

Mark Tempest explains that “By creating VancouverDigital, we’re giving the local marketing community the type of event everyone craves: a relaxed environment where they can talk with other marketers they wouldn’t have the chance to connect with otherwise.

Combining this with our partnership with the CMA is vital to our growth plan to start connecting with major brands across the country, helping them to get the most from their SEO, Analytics and CRO efforts.”

Marketing activity isn’t the only area that has seen growth within 2018. The office now consists of 11 staff members who provide their expertise in Client Services, Analytics, CRO and SEO with varying experience levels and backgrounds.

Through the marketing activity and expert work delivered by our team, we’ve also seen steady growth within our client base. It now includes major clients across ecommerce, entertainment, staffing and finance, with two of them based in Toronto.

Welcome to 2019, the fourth year of Ayima Canada! We may be only four months in but it is already an exciting year and shaping up to only get more exciting as we go.

We're kicking things off in a major way by expanding our Paid Media service. While a few of our North American clients already use this service, we're taking our efforts to the next level by bringing Campaign Director Lucy Whittaker from London to Vancouver.

The Paid Media team will still be headquartered in London, but Lucy's move will offer significant benefits for two key reasons. In addition to now being in the same time-zone, she'll also become personally familiarized with the region, which isn't always possible from across the pond.

According to Mark Tempest, “With Lucy joining us in Vancouver, we can help deliver an even more tailored service to our existing and future paid media clients, particularly PPC, and will be growing a small team around Lucy in order to do that. This will also include integrating our existing CRO service with PPC and integrating conversion testing into more of our client campaigns and engagements.”

While we focused on expanding our reach to Toronto in 2018 with the CMA and clients in the city, we’re continuing to focus on Toronto with the launch of our new evening event series, Ayima Insights Live. The event originally launched in our New York office last year and was a huge success, and it now heads to Toronto to further target this key audience.

Held in June in the heart of Toronto, the event will consist of 100+ top digital marketers coming together to hear talks from leading industry experts still to be announced, including some of Ayima’s own specialists.

In addition to expanding our Canadian presence, we’re beginning to grow in the neighbouring West Coast region of the U.S., particularly Seattle, where we have just won our first client! We're only in the early stages of our growth plan, so expect to see more of Ayima in this region throughout the year.

Speaking on the plans for the year ahead, Mark Tempest says, “Our approach to 2019 is still very much growth-focused as it has been the past four years and will likely always be in the future.

Ayima Canada and the agency as a whole has always adapted quickly to the digital and geographical needs of our clients so expanding our offering to Toronto and Seattle will help support that. Moving forward our plan is to focus on growing our client base by bringing together our enterprise-level SEO and PPC into the Canadian market. There are a lot of exciting plans for us in 2019!”

A lot has happened in the past four years and we’re only just getting started!