Another month in the books, and another fascinating batch of news to come out of the digital marketing world. Per usual, Google ruled the search-related headlines and it was primarily because of the company’s ongoing plan to educate webmasters about the ins and outs of SEO. The search giant made a dent in the paid media world, too, as they released their quarterly report. Pinterest released their own report as well, while Facebook dropped a hint that a new ad type could become more widespread.

Read all about these stories and much more in the latest digital roundup!

? Check out the teaser for this brand new Q&A show!

Use #AskGoogleWebmasters to get answers to your questions and level up your webmaster skills!

As a way to continue their effort to help webmasters with their SEO quandaries, Google launched a new video series on YouTube this past July. The aptly titled series, #AskGoogleWebmasters, so far consists of two-minute-long videos hosted by John Mueller, the company’s Webmaster Trends Analyst.

The videos are essentially brief Q&A sessions wherein Mueller seeks to solve dilemmas served up by weary webmasters. If you have your own questions or simply want to see what others are discussing, you can follow #AskGoogleWebmasters on Twitter. You can also watch or subscribe to the channel on YouTube, where they have already posted videos related to voice search and external linking.

After 25 years of being a de facto standard, the Robots Exclusion Protocol (REP) is going to become an official standard. For those unfamiliar with it, the REP essentially allows a webmaster to exclude automated clients, like web crawlers from accessing their site. And despite widespread usage, the REP was never made an Internet standard, which means that it’s been interpreted differently over the past two and a half decades. 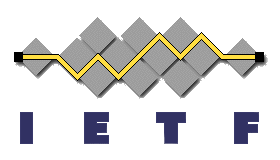 Google worked with the REP’s creator (Martijn Koster), webmasters, and other search companies to submit the protocol to the Internet Engineering Task Force (IETF) to turn it into an official standard. Google noted that the submission “doesn't change the rules created in 1994, but rather defines essentially all undefined scenarios for robots.txt parsing and matching, and extends it for the modern web.”

You can read more about the REP submission on Google’s Webmaster Central blog.

Bing's project manager, Frédéric Dubut, wants your help. Specifically, he reached out to SEOs and webmasters on Twitter for their opinion on refreshing the search engine’s current webmaster guidelines.

SEO friends! ? I'm kicking off an effort to refresh our @Bing webmaster guidelines, both the spirit and the letter. Any shady tactics you think are not penalized enough? Any feedback on the document itself? https://t.co/Md2iZECrjQ

In addition to looking for feedback on the overall document, he seemed primarily interested in whether the search engine is properly penalizing shady tactics. If you’re interested in providing feedback to Dubut on the Bing webmaster guidelines, join the Twitter convo and let your voice be heard.

In a move that benefits both users and webmasters who have utilised AMP on their sites, Google revealed that they added a new “swipe to visit” feature to Image results on mobile. The way it works is simple: users will see a preview of a website’s header once they select an image result. Then, the user just has to swipe up on the preview to see the entire webpage, which also provides the publisher with a pageview.

If your site already supports AMP, you don’t need to do anything. However, if you’re not using AMP yet and would like to, you can learn how it works at Google.

Google published a new guide for developers that provides the basics of Javascript SEO to help make sure that the search engine can index JS web apps. In addition to showing how the search engine processes JS content, the document provides tips on a number of key elements including how to write unique titles and how to carefully use meta robot tags. 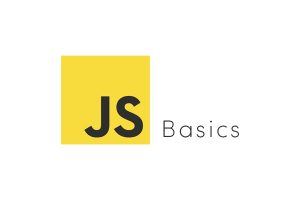 Just like with any piece of content, better optimisation means an improved likelihood that it’ll be seen and shared by your target audience. If you or your development team want to learn more, be sure to check out Google’s guide to understanding the JavaScript SEO basics.

While no actual figures were discussed, Facebook hinted that advertisers are starting to spend more on Instagram Stories ads. This occurred during the company’s second-quarter-of-2019 earnings report call, where CFO David Wehner said that “impression growth was primarily driven by ads on Instagram Stories, Instagram Feed and Facebook News Feed.” He added that the continued decline in the average price per ad reflected this shift as well. 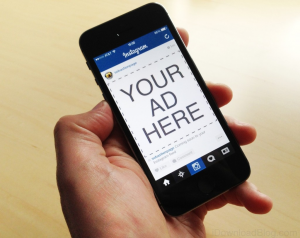 Digiday reported similar findings when speaking with advertisers, most of whom said they were increasing their spend on Stories ads. Those same advertisers said they hope that Instagram continues to add interactive elements to Stories, as they’ve seen better results when using recent updates like the polling features.

Alphabet (Google’s parent company) reported stronger advertising revenue growth in the second quarter of 2019 after previously seeing slowed increases the prior two quarters. There was a 22 percent year-over-year increase thanks to $32.6 billion in ad revenue, a majority of which ($27.3 billion) came from Google properties like Search, Maps, and YouTube.

Despite that growth, Alphabet also reported weaker growth for click volume and CPC. While click volume is up by 28 percent year-over-year, that figure is lower than previous quarters. Also, CPC remains in the red with negative 11 percent growth compared to 2018. This trend has been ongoing for the past few years and follows similar lower ad prices on Facebook properties, according to Marketing Land.

Pinterest continues to show growth in its revenue and active userbase, according to their second-quarter-of-2019 earnings report. Compared to figures from the second quarter of 2018, the platform’s revenue increased by 62 percent with $261 million generated. That figure is also about $60 million more than the previous quarter. As noted, the number of active users on the platform jumped as well, with the report noting a 30 percent year-over-year increase.

Pinterest is working to continue to grow its advertising base while also providing new ways for advertisers to use the platform. They have implemented new features every few months, and you may recall that they rolled out the “Shoppable Ads” feature back in March. Only time will tell what else Pinterest adds to entice even more advertisers.

Back in December 2018, Facebook began testing search ads to a select group of advertisers in the automotive and retail industries. But that all began to change this past month when the social platform apparently started to open up the placements to more advertisers.

According to Marketing Land, several digital marketers reported that they were able to create ads for “both News Feed search ad placements and Marketplace search ads.” And when they asked Facebook if this was part of a bigger roll-out to more industries, the company repeated that it’s all part of a test to see if they’re beneficial for both companies and users.